Dialogue between art and history

Preserving the architecture and the historical name, DAS MINSK Kunsthaus in Potsdam is a unique site that combines art and history. The exhibitions feature works from the former German Democratic Republic, which are part of the Hasso Plattner Collection, as well as contemporary art.

MORE THAN A MUSEUM

The former terrace restaurant “Minsk” was built in the 1970s in the modernist style of the GDR and is a place rich in memories and identity for many citizens of Potsdam. After the GDR formally ceased to exist, the restaurant was closed and fell into disrepair. Honoring the civic engagement which prevented plans for demolition, the “Minsk” was purchased by the Hasso Plattner Foundation in 2019.

“For many Potsdamers, the building is associated with happy memories. The architecture from the time of the GDR is part of the city’s history and I want to give the place back to the people of Potsdam,” says Hasso Plattner.

In 2020, construction began with preservation and renewal shining through the architecture of the building. Right from the moment of entering the venue, Potsdamers will recognise the charm of the old “Minsk”, captured in the new look of the former large spiral staircase and the rounded bar counter. Its spacious Café with a view over the Brauhausberg hill, the terrace and foyer are open to the public irrespective of their visit to the exhibitions.

Staying true to its aspiration of being more than a museum, the venue will occasionally host readings, concerts and performances.

Upon entering the venue, visitors will be invited to explore art from the former GDR and contemporary practices, a mix that strives to be the trademark of all upcoming activities at DAS MINSK Kunsthaus in Potsdam. Exhibitions will feature a variety of mediums, shown in new contexts, often in interaction with permanent installations or the building itself.

By supporting the museum and offering to display artworks from the Hasso Plattner Collection, the Hasso Plattner Foundation ensures that art from the former GDR gets the appreciation it deserves, and the public has access to significant works by renowned artists from that time. 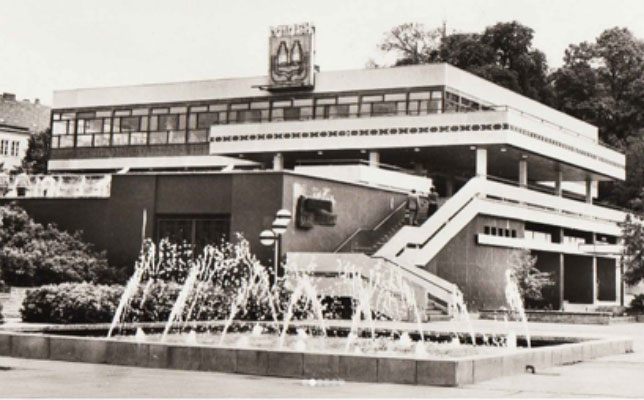 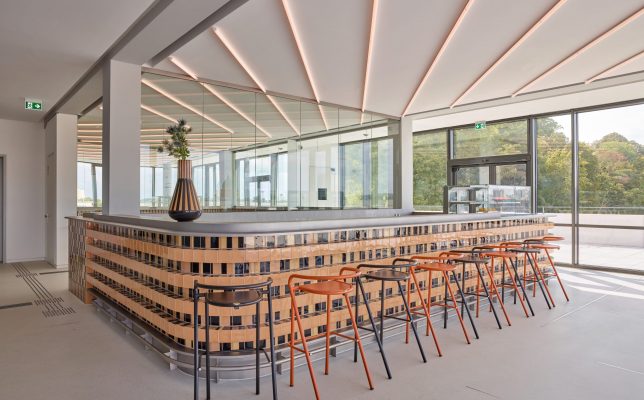